SANDUN Furniture
2021-12-12
45
I had the chance to used a Nikon F100 alongside a for a couple of days. During the period I had the camera, the weather was pretty bad (overcast) but I did manage to find a nice evening where the light was a bit better, and found a Christmas tree in my sitting room to photograph.ResolutionTo compare film with modern digital SLRs from the likes of Nikon, you really need to look at 645 Medium Format as a minimum to get the resolution and clarity when scanning. We all know megapixels means nothing, it is the size of the sensor which matters, or in this case the size of the grain.Clearly the fineness of film grain depends on the film stock chosen and how it is processed, but a standard ISO400 professional film in 35mm gets thrashed by an equivalent full frame digital sensor like the 24MP sensor found on the Nikon . Scanning is not ideal either, as the scanner although optimised to scan film, still doesnt work as well as a digital sensor in capturing information.

Sensor-tivityDigital sensors are also more sensitive than film, and therefore work better in low light conditions and in the shadows. An equivalent film stock needs a minimum amount of exposure to provide detail in the negative. One the negative is developed, you cant extract more detail from it than was captured in the original exposure. So if there is nothing there to begin with, you are stuffed.The following example in the woods proves that point perfectly. In this exposure I used a Nikon F100 and a Nikon with the Nikkor 28105mm, and the 1. Backlit Scene at SundownNotes: Both film and digital cameras were pointed into the woods. The sun was behind the tree but low enough in the sky to dominate the scene. The frame was exposed using the Nikon matrix metering mode to determine shutter speed. Theres an argument that a semi professional camera like the F100 would tend to underexpose such a shot, as it would be designed for journalists who would use a speedlight flash, but anyway, take the DNG out of the and lift the shadows in post-processing in Adobe Lightroom 5, the digital exposure reveals a great deal of information which was lurking in the shadows. I could have gone further in the photo above but didnt want to make it an unnatural looking picture. The does an amazing job in low light conditions, pulling so much detail out of the shadows.

Try the same trick with the film image and not surprisingly it doesnt work very well, although my poor technique wont have helped. With hindsight, the film really should have been over 2 overcompensated in such a backlit scenario, or I could have used a light meter; I have looked at the negative, and theres hardly anything on it. If theres nothing on the negative, the scanner wont pick it up, and no amount of post production tweaking will bring out any detail if it wasnt originally captured by the negative.

The old adage: Overexpose for shadows with film, and expose for the highlights with digital.2. Across the Sun at SundownNotes: The two photos are similar, though I prefer the colours in the film exposure, the Jpeg browns look a bit too rusty on the path. kills the film exposure on detail, however. Optimising both images in Lightroom produces two very nice images, which are as close to as I saw the scene. The film image, as always, requires much less tweaking in the colour department, but I would call this one a tie on looks and a win on detail.3. Indoors, High Contrast SceneNotes: The digital image is cleaner, no grain and although elements are blurred which arent in the film image, that is a function of where the camera auto-focussed. Again, I think I prefer the warmer, creamier colours of the film exposure to the digital picture which to me at least looks colderLifting the shadows and dropping the highlights on both and tweaking the contrast reveals two very detailed shots. The film image is not as detailed as the digital one, but I still prefer the colours.With an aftermarket effects package such as Totallyrad, Im sure you could make the digital image look nicer. I would say both cameras, and both media forms handle the scene and the lighting well.4. Outdoors FrontlitNotes: The sun was setting in this photo and there was a reasonable amount of contrast in the shot. The film image handles the highlight better, but that is probably because it was slightly underexposed compared to the digital shot. Its also reassuring to know that matrix metering has moved on in the last 15 years. Film image has the base fog which detracts from the photo somewhat, the digital image looks better out of the camera. With a little bit of tweaking, and lowering the blacks, both images are improved. The RAW file requires minimal tweaking, as it is already very good. The film image handles the highlights through the trees better than the digital image, but the wins on detail providing a wonderful depth of the image, the film image looking somewhat flat. With a decent lens (I admit the 28105mm is a reasonable carry round lens, but I wanted to give you an idea of how they perform with average equipment)5. Indoor with Mixed LightingThe digital camera has underexposed the digital shot, whereas the film camera has done a better, albeit grainier job. I like the film exposure, but wish the grain was smaller. It might look better as a black and white picture, or a cross processed slide film (see below). After the Lightroom tweak, both images look similar and very pleasing. I prefer the colours of the film shot, but would like less grain and less noise. Somewhere half way between the and F100 would be my ideal situation.

6. Indoor Low Light (the Christmas card shot)Notes:The film image to produce a pleasing black level loses some detail in the shadow. For this shot the Nikkor 50mm f1.8G was used, which as you can see produces beautiful bokeh on both cameras. The wins out on detail, whereas the F100 and Fuji Pro400H film doesnt have the definition to compete. Having said that it produced a good quality image.Conclusions:The really shines in dark conditions. To my eye at least, a film image still looks more pleasing in most of the images, but it does exhibit significant grain at 35mm format, and is not really suitable for enlargements. Also when the negative is scanned, a murky foggy layer is apparent on the negative which detracts from the image, in our clean digital world, it makes it looks old.The digital negative is much cleaner and more easily manipulated, the sensor is supremely detailed, and the dynamic range of the sensor is heading towards film territory. If you shoot in Raw, you can exceed the films dynamic range in post processing. The old black and white film photographers like Ansel Adams would expose for the shadows and develop for the highlights, the idea being that you can dodge and burn later, but if your negative holds no information, you can never add to nothing.As a film camera, the F100 will still produce nice photos, but it shines in sunny conditions, where the film gets exposed properly, and in this scenario, I still think it bats digital into the ground.But (and this is a big but), if you are thinking about using film in the UK in the winter, unless you are shooting a fast box speed black & white film, youre much better off with a digital camera, it provides cleaner files which are easier to manipulate.

Having been somewhat sceptical about how good the might be, I was actually bowled over by how good it was. I could pretty much pick the thing up and shoot straight away, having got used to shooting the F100. It needs skill to shoot it well, but it delivers a very high quality image and should still be considered a formidable weapon in photography terms, doing pretty much anything you want it to.

The cost of film is worth taking into account. It may look nice, but film is not cheap. To develop 36 exposures with high def scans (which I would question whether they are worth it, medium should be fine) and a set of prints cost me 20. Thats about 80p a shot including initial film cost. Of course, the film is what you are paying for, and if they produce new film stocks (which is not totally unreasonable to expect) your trusty old F100 will get a new lease of life. But expose and develop 50 rolls of film and youve spent yourself a thousand pounds. As I said, not cheap.Im looking forward to the summer when the light works a bit better so I can get out and shoot both again to see what they look like in the bright sunshine. Watch this space!.

My first reaction is - don't do it. The image quality of a single element lens is not very good - PMMA has significant chromatic aberration. The right thing to do would be to spend some money on a "real" lens. Here is the refractive index as a function of wavelength (from a 1% difference in refractive index - so blue light (shorter wavelength) will be refracted more. At a distance of 1 m, for an image that is 40 cm diameter, a white point will be smeared out over 6 mm (with blue on the outside and red on the inside).But assuming this is a "hobby" project and you just want to see what you can do, then you have two choices to make:So - let's assume you are going with plano-convex, spherical. Now we can do the math: we have a refractive index of (say) 1.5, and we want a focal length of f with a lens aperture r. With a source at infinity, you can compute the angle that you need as a function of r with a simple diagram (note - this looks a lot like the beginnings of a Fresnel lens...)We know from Snell's Law that$$fracn_1n_2 fracsin(theta_2)sin(theta_1)$$and that$$alpha theta_2 - theta_1$$We can solve the above and find that the lens surface needs to a a paraboloid - the revolution of a parabola. Now using small angle approximations, where $alpha tan(alpha) sin(alpha)$, and putting $n_21$ (air), we get$$beginalign

endalign$$This tells us that the angle of the lens is proportional to the distance off-axis: the equation of a parabola. You can use this equation to compute the shape for a given focal length and refractive index. For example, if you want a 2000 mm focal length, you would get$$theta fracr2000 (1.5 - 1) 0.001 fracrmm$$Translating this to thickness x of the lens:$$fracdxdr - 0.001 r

x const - 0.0005 (r/mm)^2$$If we say the lens is zero thickness at 150 mm, then it needs to be 11.25 mm thick in the middle for a 2 m focal length, with a parabolic profile.That should be enough to get you going... but expect to be making a few iterations before you are happy with the result. Polishing a lens to even a semblance of optical accuracy is hard work - and as I mentioned, chromatic aberration will be pretty severe. Fun project though. 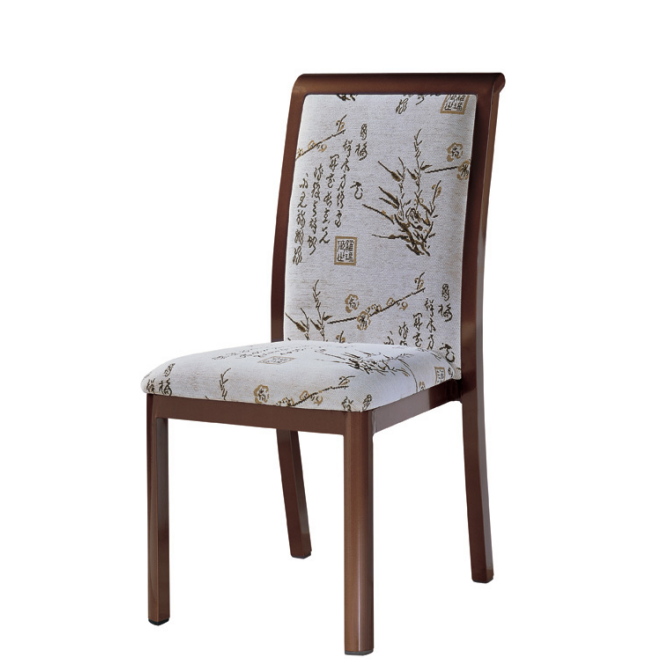